Day four of Dragon Gold Cup looked ominously similar with the previous day. Hardly any wind at all and the sea was flat. Luckily there are worse things in life than spending time enjoying the sun and good company. So, the fourth day begun with waiting. 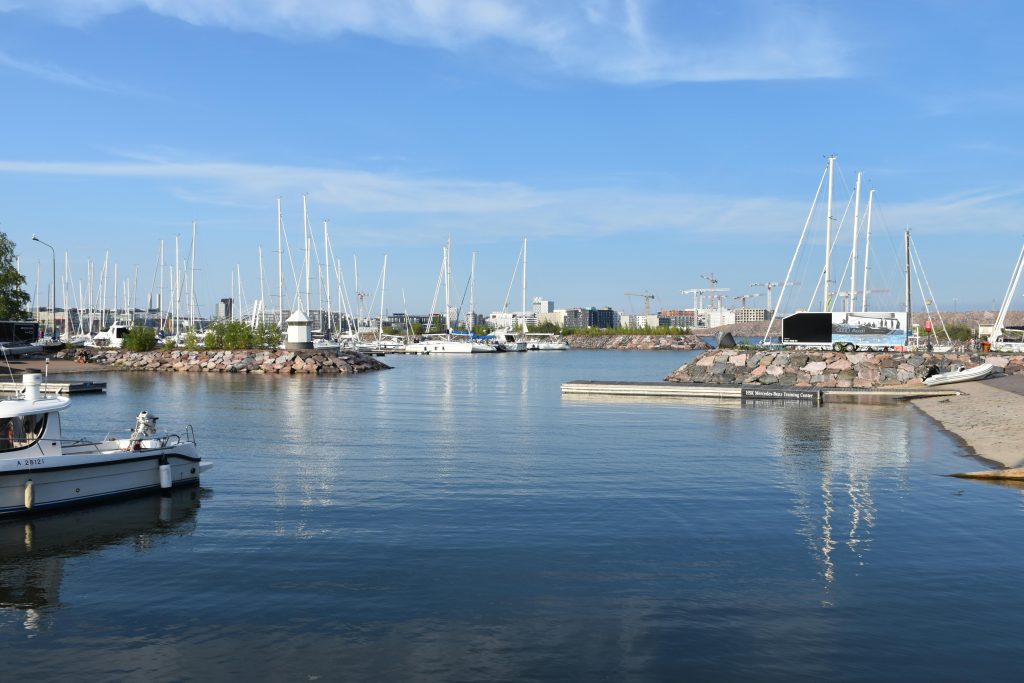 Most of the sailors gathered in the shade at restaurant Blue Peter or in the big tent mounted in the marina. Chilling in the shade was also one of the Gold Cup volunteers, Berend van den Berg. Van den Berg told that he is from the Netherlands and moved to Finland only a couple of months ago, in March.

The bearded Gold Cup volunteer is an avid sailor himself. During his time in Finland he has already competed in Hanko regatta and the Espoo-Suursaari race. He also sails dragons but does not compete in Dragon Gold Cup. 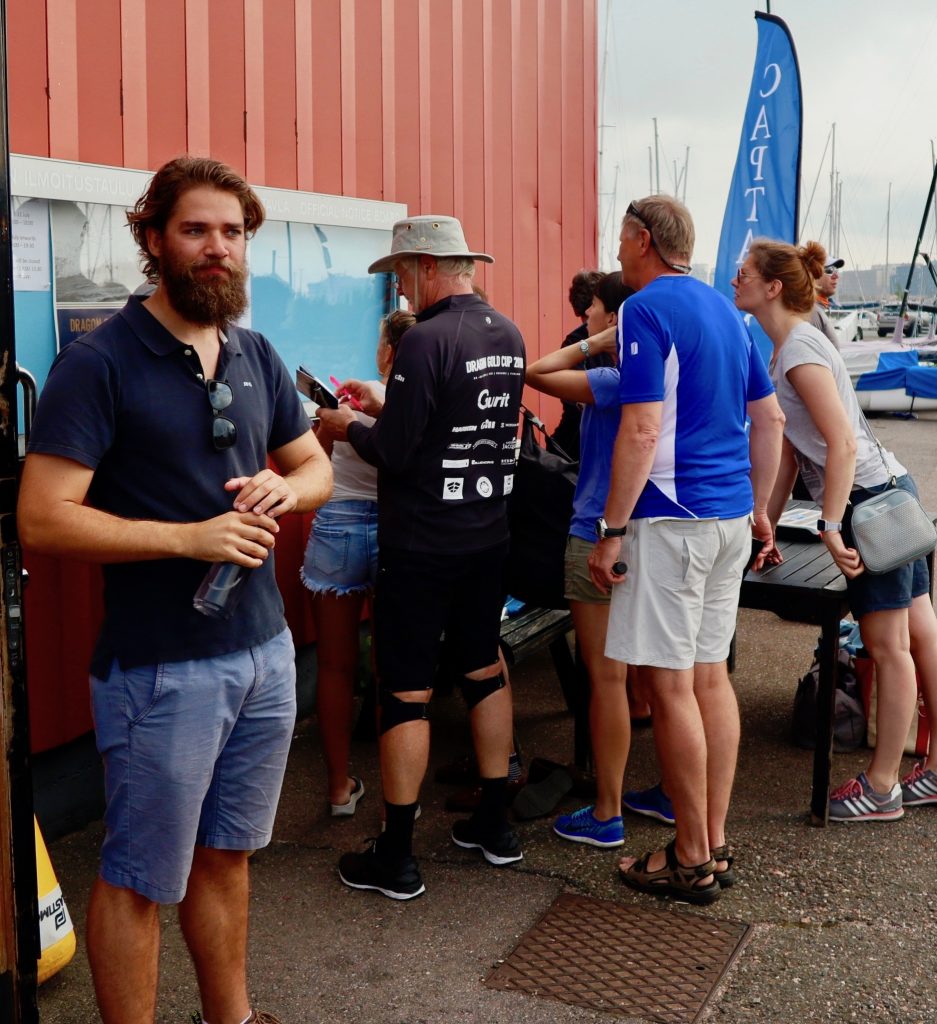 “Unfortunately I was unable to find a crew that I could have joined but being a part of the Gold Cup volunteers has also been fun. I was in charge of the crew weighings during the preparation days and after that I’ve been taking sponsors, media and other people out to the sea to watch the races”, Van den Berg explains.

Although on day four there was no racing, we still got to raffle the amazing Clarion prizes that were meant to the winners of the day. Clarion Hotel Helsinki, the official supporter of the day, is distinguished by its height and unique spaces and details. All hotel rooms are tastefully decorated in Scandinavian style including Finnish classic design furniture. The lucky winners got gift vouchers to Clarion hotels and Kitchen & Table restaurant at Clarion Hotel Helsinki. Congrats to the lucky winners and thank you Clarion for all the support!