On day five all the dragons went out to the course. Although there was barely any wind in the morning the dragons were towed out in hopes that the wind would pick up enough for the race to be possible. Another waiting game! 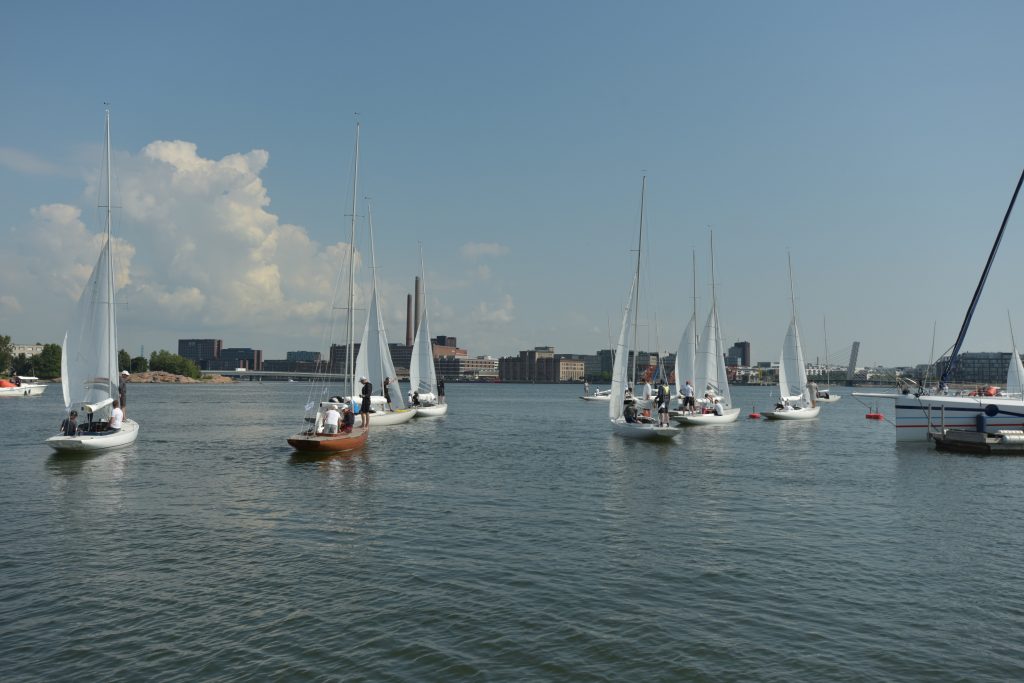 After three o’clock it was decided that there would be no race on the fifth day either. All the dragons were towed back to the marina.

Ofcourse the sailors didn’t have to leave the marina with empty stomachs! Na’am kitchen made sure that all the sailors were well fed with an exotic red lance stew. Continuing with Finnish summer favourites, fresh strawberries and peas were offered to all competitors by WB-Sails. Yum, thanks Na’am and WB-Sails!

Although there was no racing, luckily there were other pleasant plans made for that day. The Dragon Gold Cup Gala Dinner took place in Blue Peter restaurant later that evening. Blue Peter is a traditional yacht club and seaside restaurant that has been operating at HSK’s yacht club since 1976. 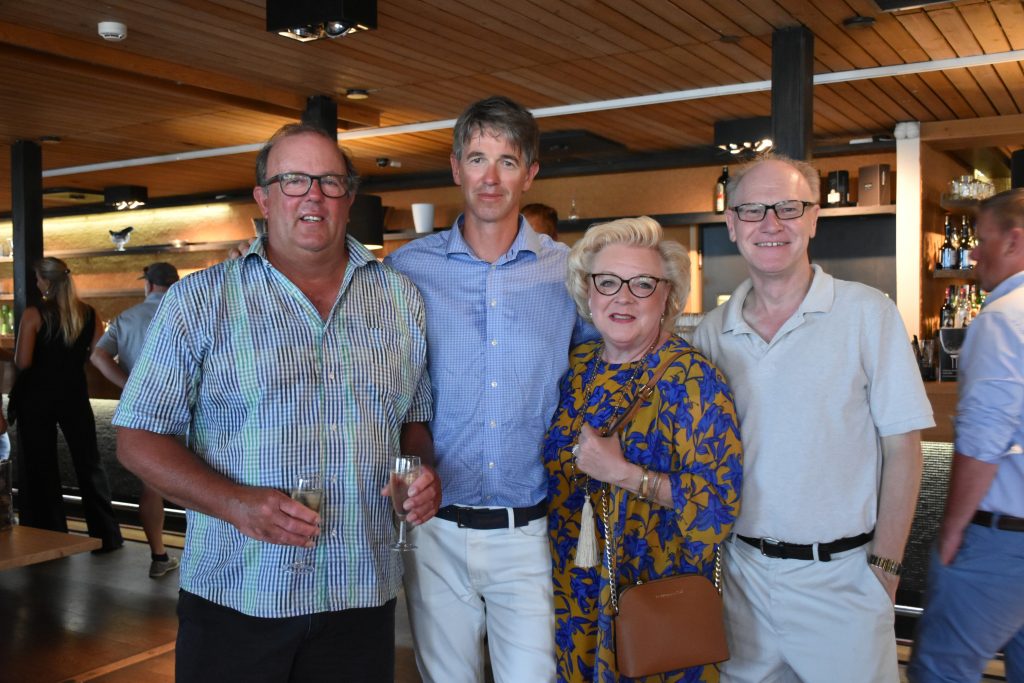 In addition to great food, drinks and company we also had an exciting lottery at the dinner: a spinnaker provided by WB-Sails​ was raffled. WB-Sails is an independent Finnish sailmaker specialized in racing sails for both keelboats and dinghies. The company’s sails have enjoyed success in the Olympic classes, with gold, silver and bronze medals in the Star, Finn, 470 and Europe classes. The lucky winners of the spinnaker were Robin de Jong, Maarten Ruijtenberg and Luuk Vliegen (Ned 22). However, the lottery was not done after that! We made sure that the party would not end there by raffling bottles of Jacquart Champagne (courtesy of Nordalco) and Taiga Chocolate. 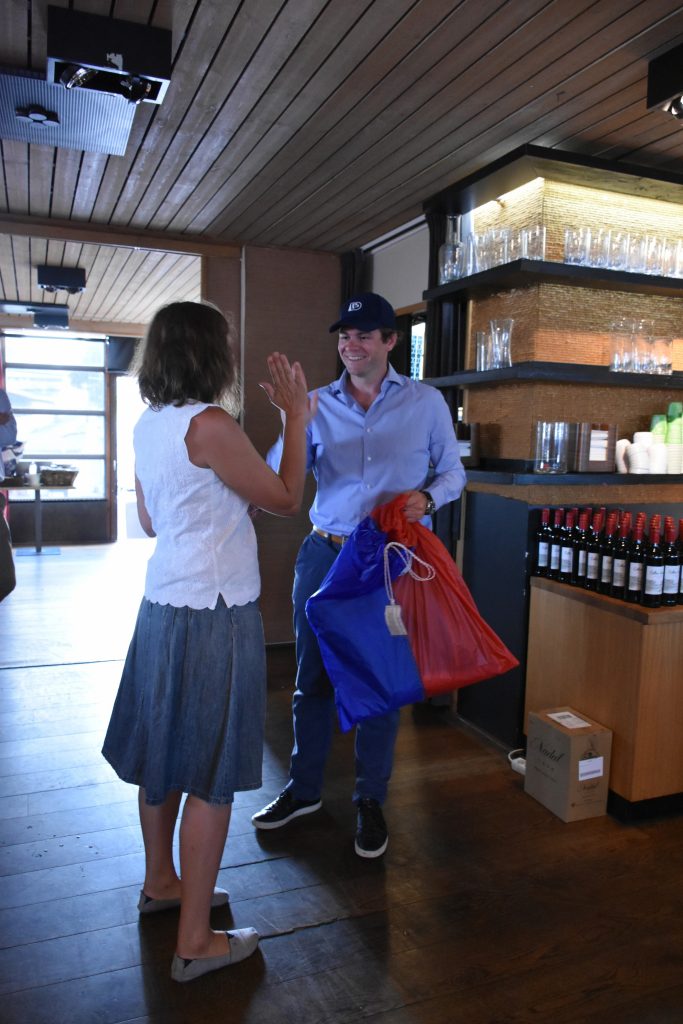 The winners of the Børresen trophy were announced by Martin Payne and Vasily Senatorov. We also got to learn a little bit about the history of the trophy. The trophy is a memorial for the late Børge Børresen, a Danish boat building pioneer, sailor and IDA’s former Vice-President.

“As an older gentleman Børresen enjoyed especially the first days of regattas, as those were the day he would feel the most energetic and brisk. To honor this, the trophy is granted to the winners of the first race of the Gold Cup”, Payne explained. 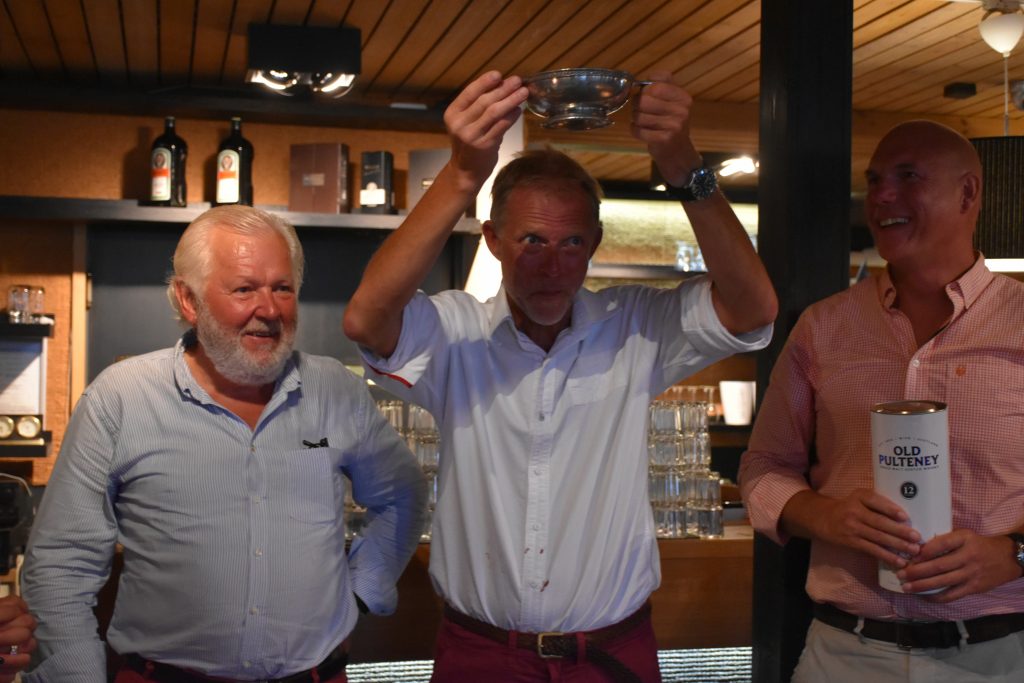 So, the trophy went to the winners of the first day: Per Skoglund, Björn Österblom and Patrik Karlsson (Swe 320). As tradition goes, the memorial trophy was filled with whisky, which was gulped down sailor by sailor, starting with the helm of the winning boat. Bottoms up! 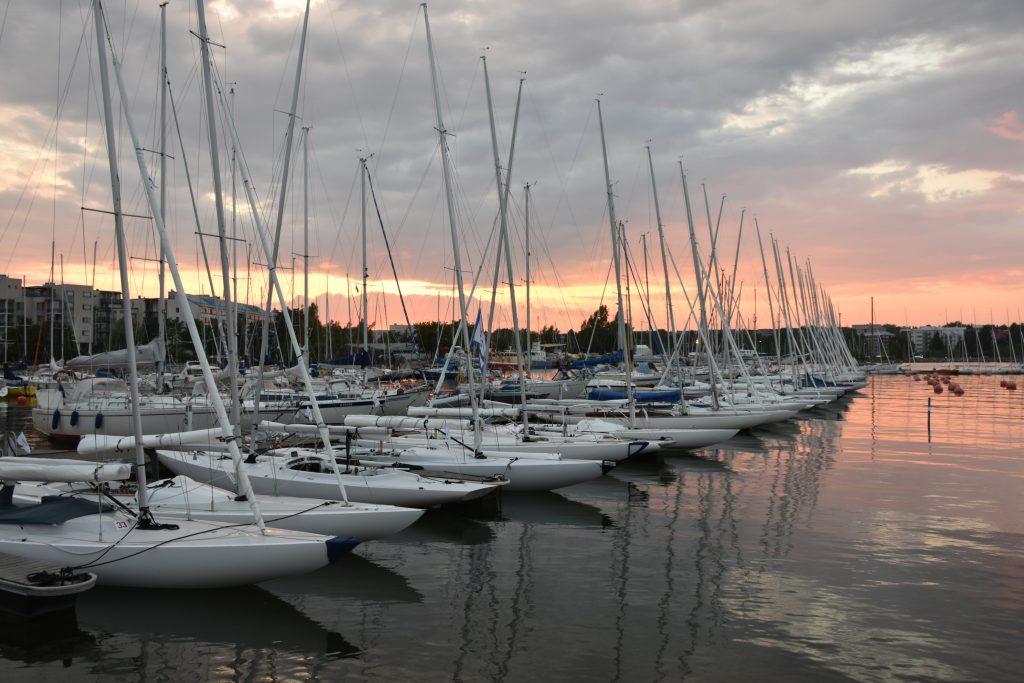 After some wining and dining the party continued outside in the warm Finnish summer night. The party atmosphere was lifted ever higher with some live music by a Finnish pop-folk band, Whale and the Village.

After a great night it’s good to start a new day of Dragon Gold Cup and get the final race under our belts.