The last day of Dragon Gold Cup started traditionally with the skippers briefing. Soon after the skipper’s briefing all dragons headed out. The plan was to get the race started as early as possible. Everything went as planned and around eleven the sailors were competing in the morning sun. The winners of the fourth race were Andy Beadsworth, Ali Tezdiker and Simon Fry (TUR 1212). These guys were on a roll!

No one was satisfied after just one race that day. Because the winds were favourable, another race was held right after the first one. After two o’clock the last race started. This would determine who wins the whole Gold Cup. The winner’s of the last race were once again Andy Beadsworth, Ali Tezdiker and Simon Fry (TUR 1212). Well done!

However, looking at the overall results, the winners of Helsinki Dragon Gold Cup were Jørgen Schönherr, Christian Videbæk and Theis Palm (DEN 411). Not even two protests done after the last race could change this fact!

After the races it was all happy faces in the marina. The organizers were happy with how the week played out. 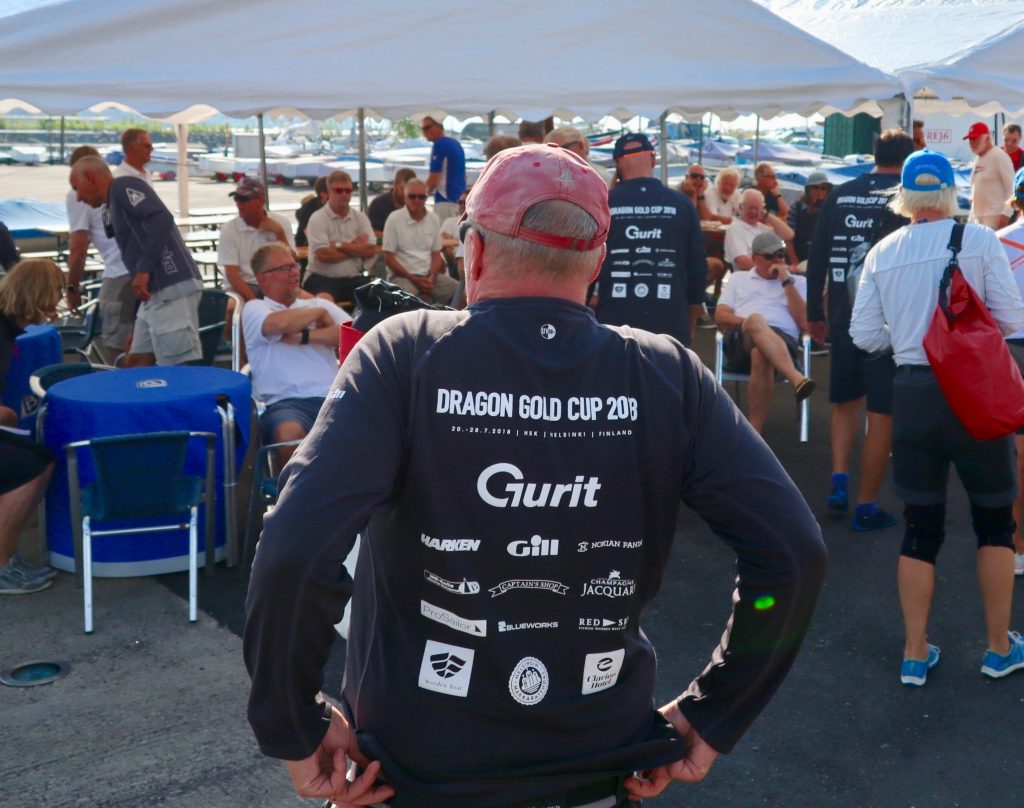 “We have received good feed back from both competitors and the spectators alike. All our efforts paid off and we’ve seen nothing but smiles during the last day”, Nigel Bull from the organizing team says.

Of course a sailing competition would be nothing without sponsors.

“The whole organizing team would like to thank all the amazing sponsors that were a part of this event. A good event is always a result of teamwork. We had a great group of people putting the Gold Cup together”, Bull continues.

In the evening it was time for the award ceremony. Coming in third were Andy Beadsworth, Ali Tezdiker and Simon Fry (TUR 1212). The silver medals went to Pieter Heerema, Lars Hendriksen and  George Leonchuk (NED 412). The winners of Helsinki Dragon Gold Cup were Jørgen Schönherr, Christian Videbæk and Theis Palm (DEN 411). Congratulations to all! 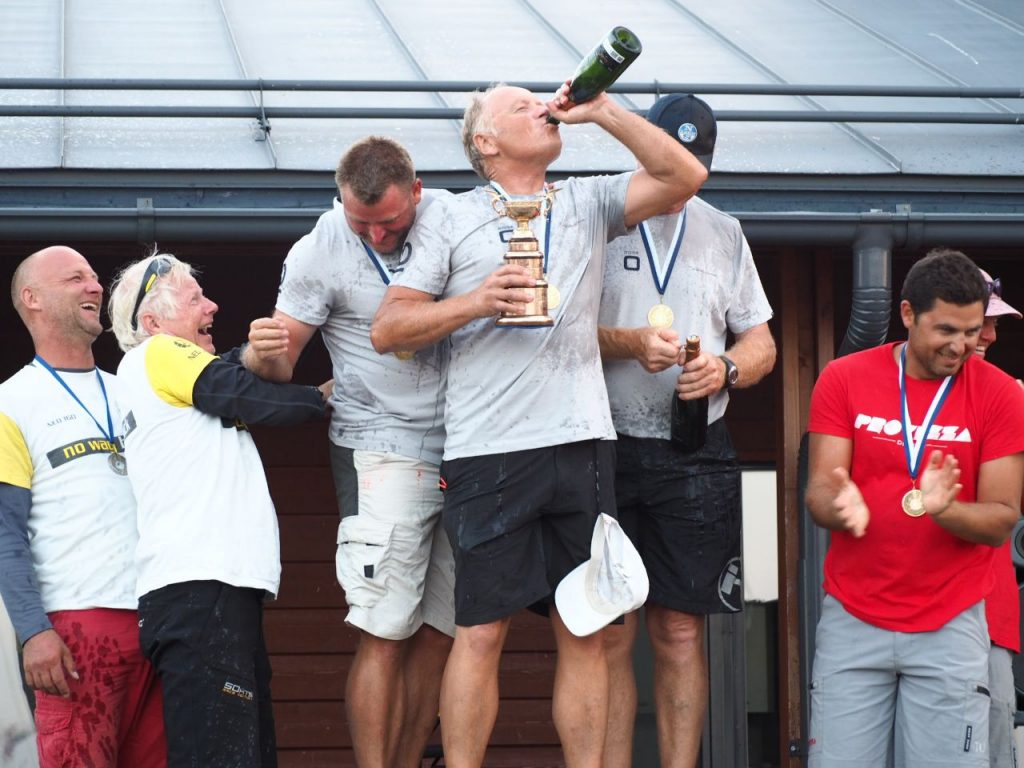 The winning crew was pleased with how the whole past week had gone.

“We are lucky that we got to race in a competition that is as well organized as Helsinki Dragon Gold Cup is. We want to thank the organizers for a great competition! We had a great time in Helsinki and we’re also proud of our crew. Thank you all!” the winning team comments with a smile.

After a great competition it is time to thank all of the sailors that participated in the Gold Cup and all the organizers, volunteers and other people that made this possible. A special thanks to our amazing sponsors, Nokian Panimo, Harken, Vestek, BlueWorks, Katko, WB-Sails, Taiga Chocolate, Na’am, Clarion Hotel Helsinki, Nordalco, Blue Peter restaurant, Helsingin Makkaratehdas, Marinekauppa.com /ProSailor and of course the main sponsor of the Gold Cup, Gurit. The Gold Cup wouldn’t have been possible without you!

Remember to check out Sailpix.fi for more pictures of the event.